This past Holocaust Day I stood with head bowed during the moment of silence, attempting to contain the flood of emotions that washes over me each year when the sirens sound.  But this time as the wailing powered down, I had an epiphany: It’s time to get Uncle Irving’s history. 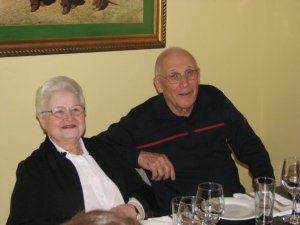 Uncle Irving is married to my dad’s sister Esther or Aunt Babe.  It’s been her nickname since childhood.  Growing up in Cincinnati, my Aunt Babe, Uncle Irving and my four first cousins were fixtures in my life: We dined together at our house on the Jewish holidays, BBQ’d and played badminton on the lawn of theirs on July 4th, the cousins and I went to the same sleep-away camp each year and we attended the same youth group.

When I needed information or immediate advice while both parents were at work it was Aunt Babe I phoned in search of answers.  For new gym shoes, socks or underwear it was off to the downtown warehouse Uncle Irving worked in & up to the top floor inside the creaky freight elevator to take my pick from multiple boxes and shelves of assorted wear-ables.

Whenever holiday dinners rolled around, though, my siblings and I were instructed prior to guest arrival:  “Put the dog in the laundry room.  Uncle Irving is coming over.”

We had been briefed numerous times:  Uncle Irving, a Holocaust survivor,  was frightened of dogs.   The Nazis had used German Shepherds to instill fear or attack Jews in the ghettos and camps.  And although we didn’t have Shepherds – ours were small Boston Terriers – we had to  enclose them regardless.

Uncle Irving had a whole bunch of “isms”.  He was super careful about the food he ingested, the utensils he used and the venues in which he was willing to eat.  He had a habit of inspecting all three for a measure of cleanliness only he could grade.  He would wake up at 4 a.m., his family joked, in order to arrive at the bakery doors prior to the 5 a.m. opening.  He wanted to buy his rolls fresh from the oven before anyone else had a chance to touch them.

Our mother told us his food “isms” were a result of camp survivors being forced to use the same container for receiving doled out “meals” as for collecting personal waste.

That’s what our Mom told us.  Our parents also shared that both of Uncle Irving’s parents and several of his siblings had been gassed to death at Auschwitz.  And we knew he hailed from Hungary.

But I never confirmed any of the stories with Uncle Irving himself.  Except for his Hungarian roots which was an obvious personal characteristic because he spoke Hungarian with his brother and sisters whenever they were together.

The truth is, decade after decade, nobody, including his wife and children, confirmed anything about the years he spent in the ghettos, concentration camps and hiding out  in the forests.  His kids and Aunt Babe knew he’d been through tremendous trauma but the unspoken rule was that he didn’t talk about his past.

And no one dared trespass into that realm.

As years passed and he moved to Israel with Aunt Babe to be closer to three of his four children and the grandchildren, the silent oath remained in place.  Even when his grandchildren worked on obligatory family tree school projects necessitating interviewing and digging, information regarding his past had to be gleaned from Babe.

But something shifted after Uncle Irving suffered a sudden bout of agoraphobia in his 60’s that kept him house-bound for a year.  Agoraphobia, I discovered while writing a story about 2nd Generation Holocaust Survivors, is common among survivors who have internally buried their trauma.

When he was able to leave the house again, he began disclosing bits of information about the past.  Seated at a dinner gathering, someone’s comment or remark would spark a personal story.   The family, starved of information thus far, would sit in silence absorbing the revelations. Or, upon discovering that a new acquaintance had also been in the camps, he would swap information in the presence of Aunt Babe or other family members.

The instances were random, unprovoked and family members were stunned but grateful when they occurred.  But they were the stirrings of something looming larger and as I stood with head bowed last April, it occurred to me that as a non-immediate, once-removed family member and a person who routinely interviews others for a living, maybe my uncle would talk to me.  I knew it was important to document his story and I also felt that this was something I could do for him and his family to repay them for their generosity and kindness throughout the years.

And so I approached him with my proposition:  Can I come over and document your personal history?

I spent several sessions talking with him, asking questions, probing and typing.  The sessions were not comfortable and he warned in advance that he would cry.  And he did.  At times he sobbed heavily into dining room table napkins.  I  offered to stop saying I could come back another time.  But he wanted to continue.

In the coming blog entries I will share Uncle Irving’s story because I believe that re-telling his history is as important as the documentation itself.  As I share, the above title will become clear.

A few years ago when I was living in San Francisco, I shared an ongoing dilemma with an Israeli friend:

“I feel torn between being here and living in Israel,” I told her.  “I don’t know where I should be.” 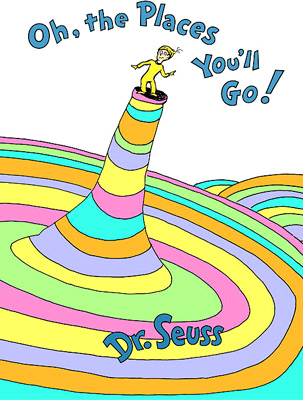 At the time, I couldn’t wrap my head around that concept.  I felt I should make a decision and declare my loyalty on some level to one place or the other.  No in-between nonsense would do. And the concept of “global citizen” or feeling a sort of neutral happiness wherever I might be was way beyond my comprehension.

But, by jobe, I believe I finally got it.

For numerous reasons I won’t go into here & now, I returned to Israel four years ago after a decade hiatus in San Fran.  Since returning, however, each summer I travel with my son to Cincinnati so he (and I) can maintain ties with my family & he can retain his command of the English language and gain exposure to American culture.

My parents and two of my sibs live in “Nati” &  it’s where I grew up.  But when I left there after college – which included a 2-year overseas stint at Tel Aviv University –  I vowed never to return.  Bloody god forsaken conservative place that indicted its own Contemporary Arts Center for running the Mappelthorpe Exhibit (!) was how I viewed matters.  Not for me. Gateway to the North, indeed.  There would be no containing me THERE, thanks.  I longed for the enchanted promise of Seuss’ Oh The Places You’ll Go.

But here I am, years later, turned completely around & feeling the warm glow of “global.”

This summer my son and I spent time in Cincinnati, took a side trip out to San Francisco and now we’re back in Tel Aviv.  And I can honestly say that in each place I found home.  Home in cultural events that included Opera and a World Piano Competition in Cincinnati, the MOMA in San Fran and upon returning to Tel Aviv, a visit to my local gallery to check out the latest exhibit.

I found home in culinary delights in Cincinnati’s trend spots: Bootsy’s for tapas,  Teller’s for rasberry vinaigrette over greens and goat cheese, my mom’s for home-cooked Indonesian chicken and a dear friend’s for backyard grilled Talapia wrapped in lettuce leaves.

I relaxed back into San Francisco food comfort with frighteningly potent margaritas served up at Puerto Alegre & generous, steaming bowls of traditional Vietnamese Pho.  And upon returning to Holy Land Central (aka Israel) I hit the supermarket on a Friday at 2 p.m. – total cold-water immersion into THIS local food culture.

Home, everywhere, is about the people.  I spent neery an idle moment in Cincy thanks to FB and reconnecting with old friends and loved ones who indulged me with tennis,  poolside lounging, movie outings, dinners, drinks and loads of engaging conversation.   Being back “Home” was an absolute treat and there are, by gosh and golly, wide swaths of WILD in Cincy.

In San Fran, I reconnected with my other sib and visited with friends and local merchants I hadn’t seen in years.  Particularly pleasant was sharing a vacation apartment in the city with friends who had flown in from Australia, Manhattan, Berlin and Serbia to be together. My son benefitted from reconnecting with children from his infant and toddler days.

Back in Tel Aviv less than a week, we’ve received separate invites to go snorkeling, camping, to overnight in the country and spend a weekend at a “mango tree resort”.  I am absolutely blessed.  No doubt about it.

I ran into that old Israeli friend last year.  She’s back in Tel Aviv and super busy with two young children and studies.  But she still has that positive outlook and cheerful disposition.  And she still maintains her status as a global citizen.

I believe I’ve joined her ranks.  Fine by me because feeling at home wherever I might be is a wonderful place to be.  But it’s also painful.  Leaving loved ones and engaging aspects of each culture behind isn’t easy.  But I’ll take it.  Because “living globally” far outweighs the absurd compulsion of having to declare loyalty or choose.